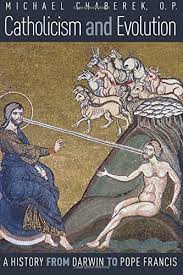 Work on the American edition of “Catholicism and Evolution” was a long process involving many individuals to whom I would like to express my very great appreciation. No human work is perfect, but there are some individuals whose valuable and constructive editorial input made this work better. For all of the remaining shortcomings the Author, and only he, remains responsible. Specifically I would like to express my deep gratitude to Professor Jay W. Richards, whose time and effort at the early stages of the edition significantly improved the translation of this work. I’m also greatly indebted to Professors Jonathan Wells and Michael Behe who helped me – a non-biologist – to properly express the scientific matters contained in this work. Special thanks should be also given to all those who provided me with technical and moral support during the most intensive work on the manuscript, especially the staff of the Discovery Institute and my Dominican community in Seattle. Above all, however, I would like to extend words of particular gratefulness to Bruce Chapman – without his initiative, patient guidance, enthusiastic encouragement and useful critiques the publication of this book wouldn’t be possible.

“Finally, a book that tells the full story of Catholic reflections and Magisterial statements down through the centuries on issues of creation and evolution. From the meditations of the ancient Church Fathers to the statements of Popes Pelagius I and Leo XIII, there are many hidden treasures to be found here. Fr. Chaberek combines historical, philosophical, and theological scholarship in a book that is both comprehensive and engaging. This book will be an eye-opener for many, and will quickly become the standard and essential work on the subject.”

“Darwin and his contemporaries thought the cell was a simple blob of jelly, protoplasm. Modern science has discovered the exact opposite, that astoundingly sophisticated technology undergirds life. Father Michael Chaberek probes the implications of this and other surprising developments in his erudite study of Catholicism’s collision with Darwinism.”

“Catholicism and Evolution is a tho rough exposition of the history of the debate over evolution, especially the theory’s proponents and opponents within the Catholic Church. Fr. Chaberek carefully and completely lays out the history of the controversy so that readers can form their own opinions. This book should be on the shelves of any concerned with this subject, or indeed any who would like to fully grasp the controversy’s roots in the Church.”

“In Catholicism and Evolution, Fr. Michael Chaberek surveys perennial Catholic teaching, plumbs the depths of Catholic philosophy and historical theology, and analyzes the best scientific evidence to date. In the process, he shows that certain elements of Darwinian evolution are not only incompatible with Catholic belief, but largely lacking in evidence. He shows also that despite her clear historical teaching, the contemporary Church lacks an unambiguous statement of how Catholics should understand this question. I expect this to become the definitive book on Catholicism and evolution.”

— JAY W. RICHARDS, co-author of The Privileged Planet; editor of “God and Evolution”

“Fr. Chaberek has done Catholics and all Christians a great service by describing the progression of the present controversy over creation, intelligent design, and theistic evolution from the Bible and early days of Christianity until today. His book will open eyes.”

How Did We Get Here? A Catholic Read on Evolution

Catholicism and Evolution: Not so compatible after all?

A Review by Cathy Duffy